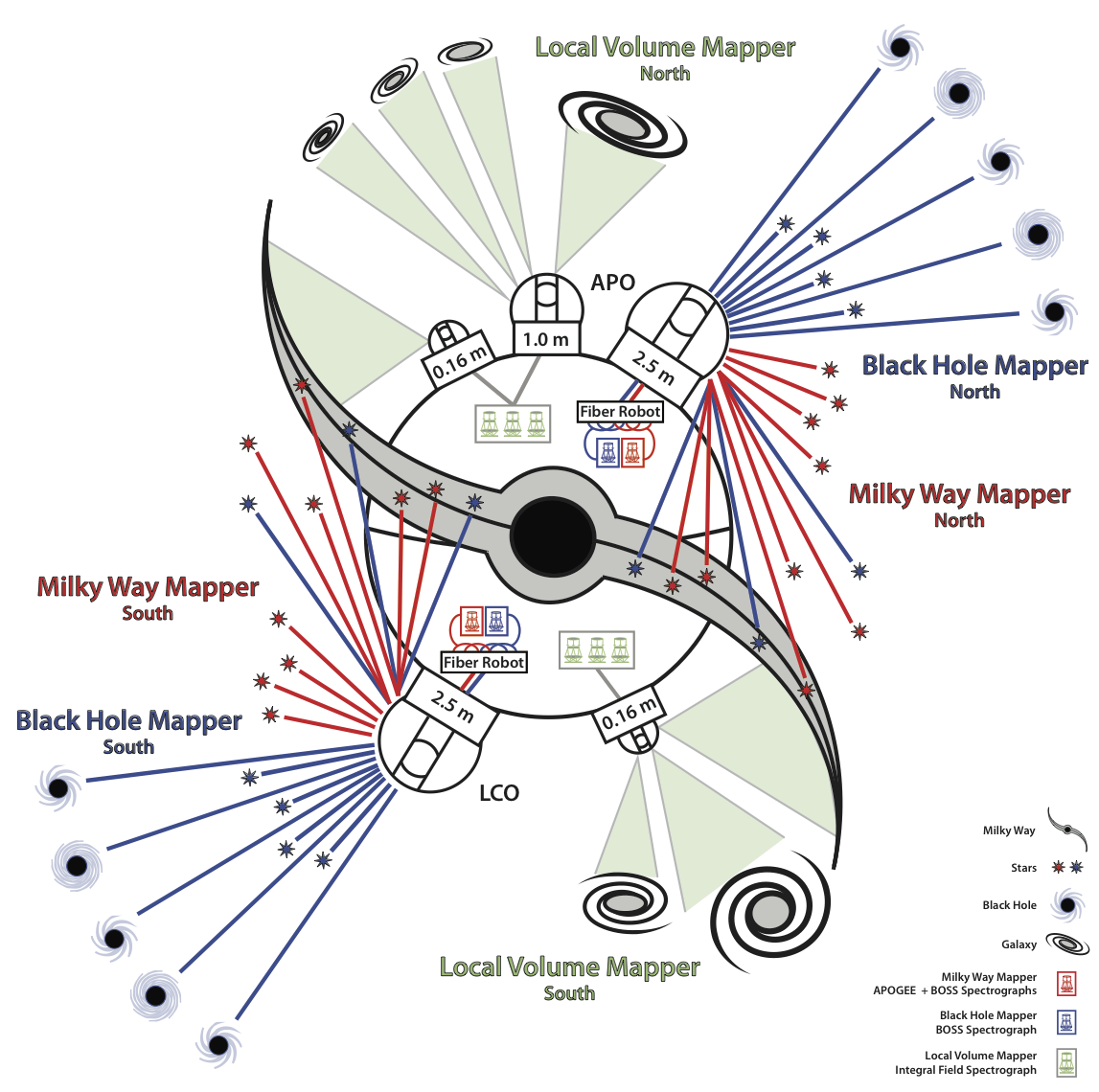 The Small and Moderate Aperture Research Telescope System (SMARTS) Consortium operates four telescopes at the Cerro Tololo Inter-American Observatory (CTIO) in the Chilean Andes. Vanderbilt's share on the SMARTS telescopes is approximately 70 nights per year. This access allows dedidated surveys of very large numbers of astrophysical objects over long periods of time, which has allows VIDA researchers to discover rare classes of stars that help us understand how stars form. SMARTS is also a primary location for training of graduate and undergraduate students in observational astronomy.

REDDnet (Research and Education Data Depot network) is an NSF-funded infrastructure project designed to provide a large distributed storage facility for data intensive collaboration among the nation's researchers and educators in a wide variety of application areas. Its mission is to provide "working storage" to help manage the logistics of moving and staging large amounts of data in the wide area network, e.g. among collaborating researchers who are either trying to move data from one collaborator (person or institution) to another or who want share large data sets for limited periods of time (ranging from a few hours to a few months) while they work on it.

The Advanced Computing Center for Research and Education (ACCRE) at Vanderbilt is central to VIDA's work. Key features of ACCRE for VIDA research include:

The Hereford Arizona Observatory (G95) consists of 11-inch Celestron and 14-inch Meade telescopes that are fork-mounted on equatorial wedges. Buried cables allow an office computer to control the telescopes and dome movement for unattended, all-night observing sessions. The observatory is owned and operated by Mr. Bruce Gary, an amateur astronomy with years of experience and active involvement in the American Association of Variable Star Observers. An example of the involvement of "citizen scientists" in mission-critical aspects of ground-breaking science, Mr. Gary is a core part of the VIDA search for exoplanets, with an impressive capability of photometry at the sub-millimagnitude level.